Guaranteed for this season only. There are several types of white grubs that feed on the roots of lawn grasses. All of them can cause severe damage if left untreated.Grub Worm, Out of sight…out of mind. Grubs live and feed in the soil. It’s easy to miss grubs as they gradually cut the roots out from under your lawn until brown patches begin to appear and they’re finally discovered. If you suspect grubs, pull back the turf. If the lawn pulls up easily (like new sod), you may find white grubs in the top inch or so of the soil.
Spring and fall feeders

As the weather cools, most grubs burrow deeper into the soil for the winter. They then return to the surface to feed again as the soil warms in the spring. After this spring feeding, the grubs pupate into adult beetles and begin the cycle again.
Don’t waitgrogreen_pest_C4

Grubs don’t disappear on their own. They should be treated by GroGreen before damage begins to appear, or as soon as they’re discovered. When discovered early enough in the year, a preventive treatment can be applied. When damage appears in the fall, a fast-acting curative treatment is needed. 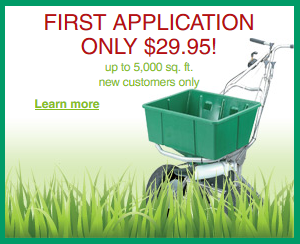 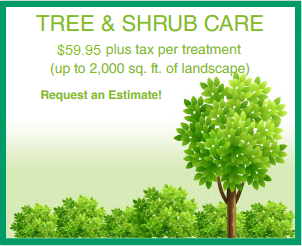 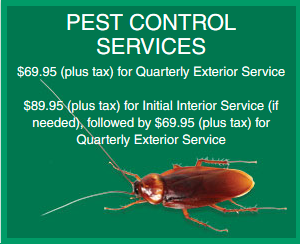